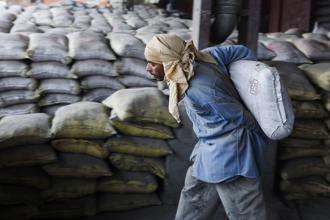 India Cements Ltd on Thursday said its net profit rose 16% in the quarter ended June on back of better operating performance.

Various steps taken by the company to improve operating parameters coupled with the reduction in the international price of fuel, reduction in logistics and finance costs have resulted in this better performance,” India Cements said in a statement.

“This achievement has to be viewed in the light of the softening in the selling price of cement in Andhra Pradesh and Telangana, the impact of which has been mitigated with the improvement in tonnages and cost reduction,” the statement added.

India Cements said production grew 10% during the quarter, with a capacity utilisation of 65%. Cement volume during the first quarter stood at 23.07 lakh tonnes, compared to 20.81 lakh tonnes in the corresponding quarter previous year, the company said.

“Despite underutilisation of the capacity, the company could improve its operating parameters through reduction in power consumption and through improvement in the usage of cost effective fuels in the overall mix,” India Cements said.

India Cements is among top five cement companies in India and a market leader in South India, having around seven plants spread over Tamil Nadu and Andhra Pradesh with total capacity of 15.5 million tonnes per annum.

The company said it expects domestic demand for cement to pick up in the coming quarters thanks to above-normal monsoon, increased public expenditure on irrigation, infrastructure, roads, urban development and housing and the implementation of the 7th pay commission recommendations.

According to Department of Industrial Policy & Promotion (DIPP), the cement industry could see only a very marginal growth of around 4% during the first quarter of the year. South, which recorded negative growth and nil growth in the previous two years registered a moderate growth of 7% during the quarter.